Kangaroos are beloved native animals and they are protected in every Australian state and territory, but the Kangaroo Management Taskforce believes that current approaches to kangaroo management in most areas of Australia lead to adverse animal welfare outcomes. Kangaroo welfare issues arise during periods like droughts, when feed and water requirements outstrip availability, resulting in catastrophic population declines.

Millions of kangaroos starve to death during severe droughts

Most urban Australians are probably unaware of the animal welfare crisis that faces kangaroos during those droughts. When access to feed and water is greatly reduced many kangaroos starve to death.  It is estimated that a minimum of 3 million kangaroos died from starvation, thirst disease and roadkill in NSW between 2016 and 2018, and that number could exceed 10 million nation-wide.  This creates an unacceptable animal welfare situation. Such poor animal welfare outcomes also have the potential to impact social licence for the kangaroo industry, farmers and government management programs going forward.

Kangaroos belong in our landscapes

Most landholders enjoy the sight of kangaroos in their landscapes and the intent of kangaroo management is not to fully exclude kangaroos from the landscape, but to regulate the large population fluctuations that negatively impact landscape condition and cause large number of kangaroo deaths during drought.

The Kangaroo Management Taskforce is advocating for better kangaroo management approaches and believes that this will take integrated approaches using both lethal and non-lethal tools (such as fencing and water point management.

All approaches should be underpinned by best practice animal welfare and the highest humaneness standards. 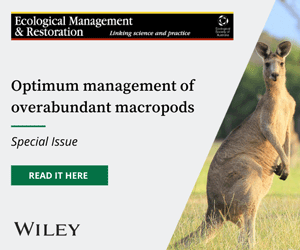